Illuminating Efficiency Potential at the Embassy of Canada

The Embassy of Canada has announced the completion of an LED retrofit, reducing both carbon emissions and energy costs. The measures are part of a larger effort to green the Embassy, enhance its sustainability, and reduce its footprint.

Opened in May 1989 at 501 Pennsylvania Avenue NW, the Embassy of Canada has approximately 350 employees on 311,000 square feet. The Embassy of Canada contacted the DCSEU for energy efficiency rebates to help stem the cost of the completion of an extensive LED lighting retrofit. Swapping more than 3,800 lightbulbs from old incandescent bulbs to energy-efficient LEDs, the project will result in more than $600,000 lifetime energy cost savings and prevent the emission of more than 4,000 tons of carbon – the equivalent of taking more than 800 cars off the road for one year.

“The support of the DCSEU has been invaluable in helping to facilitate the Embassy’s transition to LED lighting, said Deputy Ambassador Kirsten Hillman. “Reducing energy consumption at the Embassy helps lower our costs while achieving environmental benefits both here in the District and for Canadians back home.” 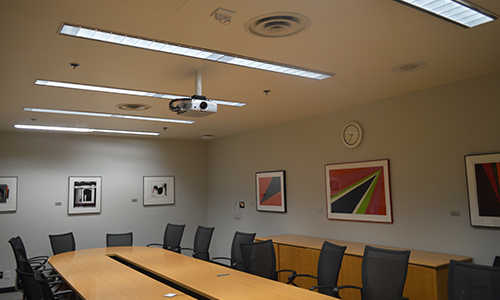 The third embassy to achieve LEED certification in the District of Columbia, the Embassy of Canada has a history of strong commitment to sustainability. Through the Canadian Federal Buildings Initiative, the Embassy was the first Canadian Government mission abroad to be retrofitted through an Energy Performance Contract to reduce consumption of water and electricity. Current measures include efficient HVAC, reduced water consumption, extensive recycling, hybrid vehicles, and buying renewable energy. “Embassies comprise a unique amount of building stock in the District. The DCSEU applauds the Embassy of Canada for its greening initiatives, leading the way to a cleaner and more sustainable Washington, DC,” said Ted Trabue, Managing Director of the DCSEU.

These measures are complemented by various other greening initiatives, such as a rooftop garden, where produce is harvested and sold to staff for charity, a xeriscaping project for plant beds to reduce water consumption, and a Monarch Butterfly Habitat Station to protect migratory species. The Embassy also helped its staff reduce its energy consumption at home by 30% through the installation of smart thermostats. In the future, the Embassy is also looking to implement a technology optimizing their HVAC operation. As the Embassy prepares to renew its LEED certification, it continues to review all avenues for improvement, including pursuing measures that could result in achieving LEED Gold certification. 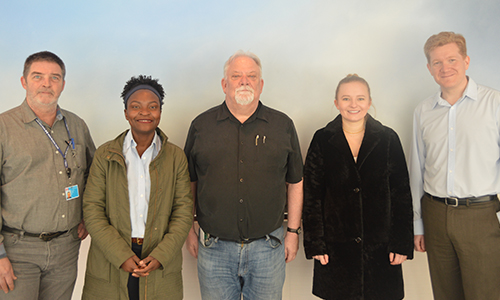 Not only does the Embassy purchase wind power energy credits to offset 100% of its electricity consumption, but it is also part of a larger group of embassies installing their own solar farm outside of Washington, DC, thanks to support from the Greening Embassies Forum, which was established by the U.S. Department of State and DOEE, for local foreign embassies to discuss best practices for sustainability. "The District of Columbia initiated the Greening Embassies Pledge in support of the Sustainable DC Plan to make DC the healthiest, greenest, most livable city in the country. The Embassy of Canada's work with the DCSEU and its overall greening efforts are a wonderful example of how the commitment to this pledge is translated into action,” said Tommy Wells, Director of DOEE.