Energy in Action: A Q&A with Rachel Healy, Director of Metro's Office of Sustainability

The DCSEU interviewed Rachel Healy, Director of the Office of Sustainability at Washington Metropolitan Area Transit Authority (Metro), about the transit authority’s collaboration with the DCSEU as well as Metro’s first Energy Action Plan.

The DCSEU interviewed Rachel Healy, Director of the Office of Sustainability at Washington Metropolitan Area Transit Authority (Metro), about the transit authority’s collaboration with the DCSEU as well as Metro’s first Energy Action Plan. 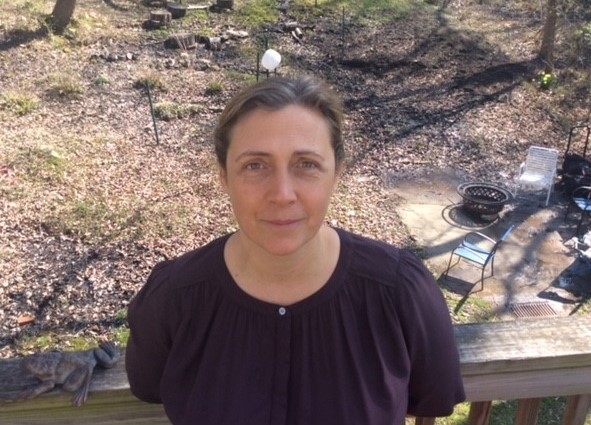 Q. How have you collaborated with the DCSEU in your role as the Director of the Office of Sustainability for WMATA?

In addition, over the past three years DCSEU has provided interns to support projects such as an analysis of regenerative breaking potential at stations and internal staff outreach and communications campaigns. Through these joint efforts, Metro has reduced energy costs and leveraged its investment in energy reduction while supporting green jobs in DC.

Q. What is the Energy Action Plan and how does it contribute towards DC’s clean energy goals?

A. Metro’s Energy Action Plan is a detailed roadmap to reduce energy usage, cut greenhouse gas emissions, and generate up to $29 million annually in energy and operational cost savings. Through the initiative, Metro will invest $65 million by 2025 in energy efficient technology, modernize operations, promote innovation, and reduce operating costs to support a sustainable future.

This bold, new plan and Metro’s role as a sustainable transportation option throughout the region is a major contributor to meeting the District’s clean energy goals. By providing nearly one million passenger trips each weekday – Metro not only keeps cars off the road but avoids emissions of approximately 1,110 metric tons of CO2e each day.
Among the highlights of Metro’s Energy Action Plan:

Q. Why is it important for Metro as a whole to use less energy?

A. Metro’s commitment to sustainability is both inherent to our service as a public transit system and part of ongoing efforts to keep Metro safe, reliable and affordable. Increasing efficiency is central to strengthening Metro’s contribution to a sustainable region. Metro is committed to making the right choices for the environment by changing the way we do business and strengthening our role in fighting climate change. This goes hand-in-hand with reducing costs and offering affordable and reliable service to our customers.

In 2014, Metro established a target to reduce energy consumption by 15% per vehicle mile by 2025. Today, Metro is already 7% more efficient per vehicle mile compared to 2014. Metro’s Energy Action Plan further increases Metro’s investment in energy efficiency and commitment as a responsible steward of the region’s dedicated funding.

Q. Looking to the future, what are you the most excited about for Metro from an energy standpoint?

A. Metro is a keystone of a sustainable region and we are excited to make our operations more energy efficient as we work toward a greener future. People may not realize, but Metro already operates the largest fleet of electric vehicles in DC – our trains! We want people to choose Metro because it is a sustainable way to travel. Metro is already the easiest choice each of us can make to support regional sustainability – choosing to ride the bus and train instead of driving reduces CO2 emissions and supports compact development and healthy livable communities.