Back to the Roots: Brewing Beer with the Sun

At Right Proper Brewing Company, your beer is brewed with the power of the sun. This is just one way the Brookland neighborhood staple is embracing sustainable brewing.

Thor Cheston’s vision of his artisan beer brewery is now complete. The DC native has installed solar panels and LEDs at Right Proper Brewing Company in Brookland, and says he is sourcing more than 50 percent of the electricity from sustainable sources on the roof of his brewery.

For Cheston, transforming his brewery was a natural step. “I wanted to see beer for what it really is, and return to the roots of brewing,” he said. Most beer production starts with grain, which thrives in the sun. By using solar power to brew the beer, Cheston believes it closes a circle. “Our beer starts and ends with the sun. I love that so much.” The 39-year-old decided not to go to medical school at Georgetown University to follow his passion for beer. He also holds a Belgian Brewers’ Knighthood, an honor bestowed on people who have made an exceptional contribution to the promotion of Belgian beer. In December 2013, after ten years in the restaurant industry, he opened his own Right Proper Brewing Company, which now has two locations; one in Shaw and one in Brookland. 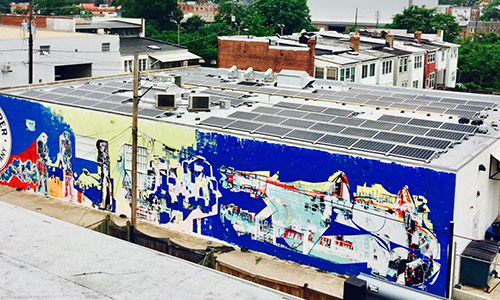 His solar installation will total 65 kW of generation. The roof already holds 90 percent of the panels, and 10 percent will be installed on the canopy and comprise the blinds. The panels alone are expected to supply 72,500 kWh a year, meeting more than 50 percent of the brewery’s energy needs. At the height of summer, Right Proper might be able to obtain 99 percent of its energy from the sun. Cheston has also retrofitted his lighting. Brand-new LEDs are now in his production and tasting rooms, and they also comprise his Christmas lights. 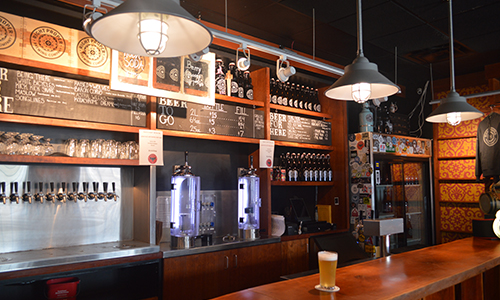 Cheston is not only extremely passionate about beer, but also concerned about the environmental impacts of his business. Brewing locally saves energy otherwise used in long-haul transportation, and produces two thirds less CO2 than commercially distributed beer. It also creates local jobs. However, its production is still energy intensive. The process uses significant amounts of water, compressed air, lighting, and refrigeration.

Right Proper customers love how sustainable the brewery is, Cheston says. “During every brewing tour, I get lots of questions about that.”

Cheston’s brewery in Brookland faces south, with no nearby high buildings or trees to provide shade. “We are literally baked in the sun during the summer, and that sent our utility bills through the roof,” he said. This phenomenon gave birth to the idea of using solar canopies and blinds. As a local, artisanal business, Right Proper’s margins are small. Financially attractive solar power helps Cheston have a more sustainable business model. But he is still not finished with his solar projects. “I hope to bring the DCSEU to my restaurant in Shaw to reduce its footprint and improve its sustainability.”

Read more stories like this in the DCSEU FY 2017 Annual Report.