At the Intersection of Light and Art: Scott Rosenfeld on the LED Revolution

Scott Rosenfeld, Lighting Designer at the Smithsonian American Art Museum and the Renwick Gallery, is one of the United States’ leading experts on art and lighting. The DCSEU spoke to him about the lighting revolution, LEDs, and the way we see art.

Scott Rosenfeld, Lighting Designer at the Smithsonian American Art Museum (SAAM) and the Renwick Gallery, is one of the United States’ leading experts on art and lighting. Driven to accelerate lighting innovation, he is dedicated to improving lighting resources and vision science. The DCSEU spoke to him at the SAAM about the lighting revolution, LEDs, and the way we see art. The DCSEU has worked on multiple sustainability projects with the Smithsonian Institution. These joint energy efficiency and renewable energy projects have created $6.3 million of lifetime energy cost savings and prevented the lifetime emissions of 30,000 tons of carbon – the equivalent of taking 6,475 cars off the road for one year.

Tell us a little bit about yourself. How did you come to work with lighting and art?

Well, you start early and work really hard for a long time (laughs). I started in my high school’s tech crew, in theatre, and continued through college. My first job was at the Walter’s Art Museum in Baltimore – and that was just amazing. I just stuck at it for another 20 years.

You are known as one of the leading experts on museum lighting – how do you exactly determine the right lighting for each individual piece of art?

For each artwork, the light is really tailored and handcrafted so our visitors can appreciate what the artist is trying to communicate. That means my first step is to figure out what is great about that work of art - learning its significance and why was it considered important enough to be displayed at the Smithsonian. I also want there to be a relationship between the room and the artwork. So, I look at each artwork and see how that artwork fits into the gallery and its relationship with other artworks. 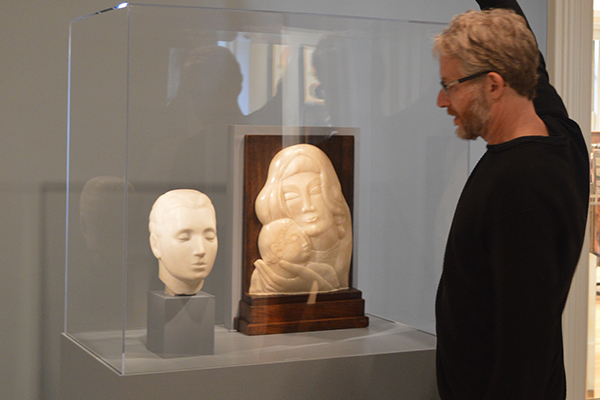 Rosenfeld demonstrates his technique of “painting with light”.

How has the LED revolution impacted your work?

LEDs have the advantage of being able to tune the spectrum of light with more precision than practically any other lighting source – but even with that advantage, how I work has not fundamentally changed. Since 2010, I’ve been working with the Department of Energy (DOE) to study LEDs. My goal was to be able to do everything with LEDs that I’ve been doing with incandescent lights. That project has taken years – and through that process I’ve gotten a chance to let the industry know what works well, what does not, and what still needs to be invented. Now, it has become more a matter of funding and labor. At this point we’re confident that LEDs perform as well as incandescents with the added benefit of lasting a lot longer, creating less heat, and saving a lot of energy.

What challenges did you encounter throughout the LED revolution?

The one place I’m super cautious with LEDs is that poorly made ones will flicker – that means that they can strobe at a high rate that is invisible to some people and can cause headaches or other problems with other people. This is similar to the problem that we had with old fluorescent lighting. Making an LED that doesn’t flicker is more complicated to manufacture and costs a little more – we also don’t currently have good regulations to make sure people are getting non-flickering LEDs. Matching LEDs to dimmers can also present a challenge – I recommend going to an electrical distributor and asking for help if you’re having problems with dimming.

And on the positive side? 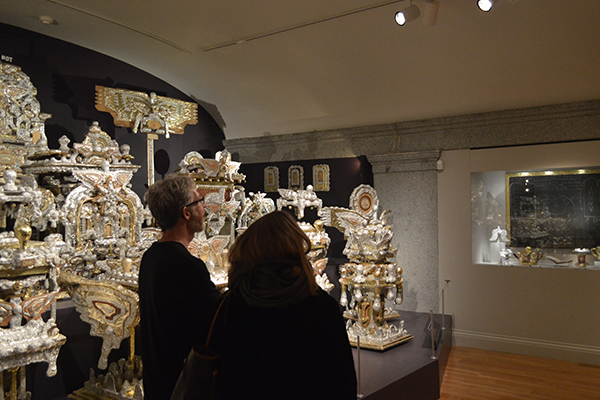 How does lighting in a museum impact climate controls?

Incandescents emit a lot more heat than LEDs, and this used to impact our climate controls. Our cooling had to work harder in the summer; and in the winter my incandescents were putting the heat at the ceiling. But LEDs also need to breathe – unless they are built for enclosed environments, they will burn out faster if you stick them in globes or other places where they can’t dissipate the heat away from their electronics. But even if they burn out faster than normal, they will still likely save money through reduced energy costs – both electricity and heat.

How damaging are traditional lights and incandescents for artworks as compared to LEDs? We are thinking of the Star-Spangled Banner here as an example.

For every piece of artwork, our conservators determine how sensitive they are to light. Color photographs, for example, are very sensitive, as are textile and many works on paper like watercolors. Oil paintings are light sensitive but much more durable than most works on paper. Glass, ceramics and metal cannot be damaged. So, if you pay attention closely, then you can see that some materials are less illuminated than others within the museum. Most LEDs have the advantage of having no ultraviolet light, but the thing that most damages artwork in the museum is too much light exposure.  Whether it’s a kid’s drawing or a picture in the living room – it’s damaged by light.

Do you have any tips for residential customers that want to highlight their art?

For preservation, there are simple rules. The less light, the better – daylight is the biggest concern since it contains ultraviolet light and is very bright. Aesthetically, there are no rules. If you are seeing the way you want to see, that’s great! If a spotlight works for you, put a spotlight on it. There are also other ways. Table lamps throw a nice soft glow and can do a great job lighting art; torchieres can light up an entire room softly and brightly; sconces add sparkle and warmth. There are really endless things you can do – stick at it until you are seeing the way you want.